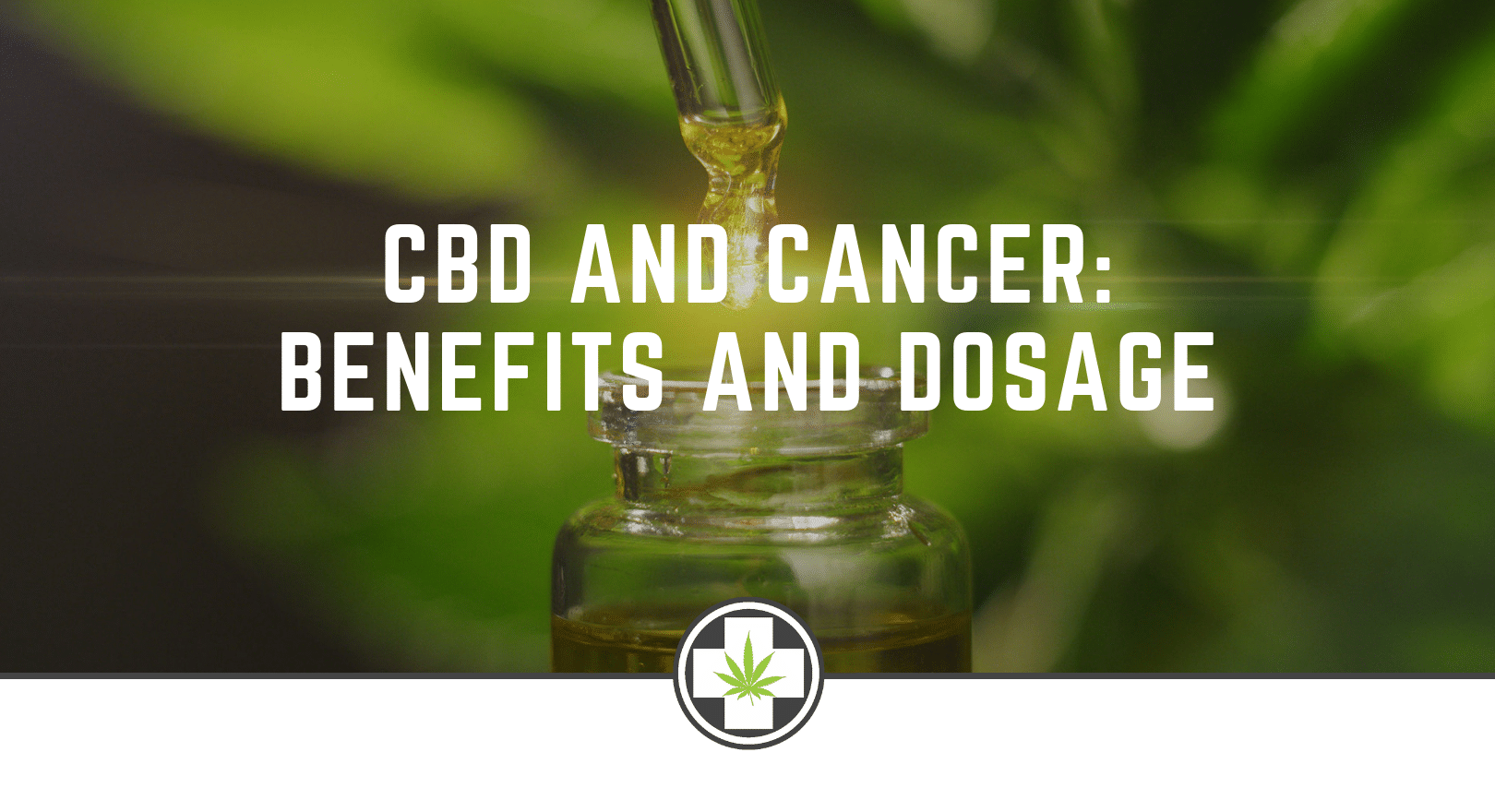 The use of cannabis as a medicine dates back to as early as 737 B.C.E., when Emperor Shen-Nung recognized that cannabis could be used in the treatment of several maladies, including gout, rheumatism, and malaria. Despite the fact that it has been largely prohibited in the United States since the 1930s, people have still turned towards cannabis for its medicinal properties, so much so that, beginning in 1996, states began legalizing cannabis for medical use. Fast forward to today and we have several states where medical, as well as recreational, marijuana is legalized.

Since cannabis has been long known to be a medicine, researchers have turned to it in research to see if it can benefit those with cancer. Cancer is a disease that has touched nearly every single American, either directly or through a loved one. Although the Food and Drug Administration has not yet approved cannabis as a treatment for cancer, many Americans are asking their physicians regarding the effects that cannabis can have on cancer and the symptoms it produces. 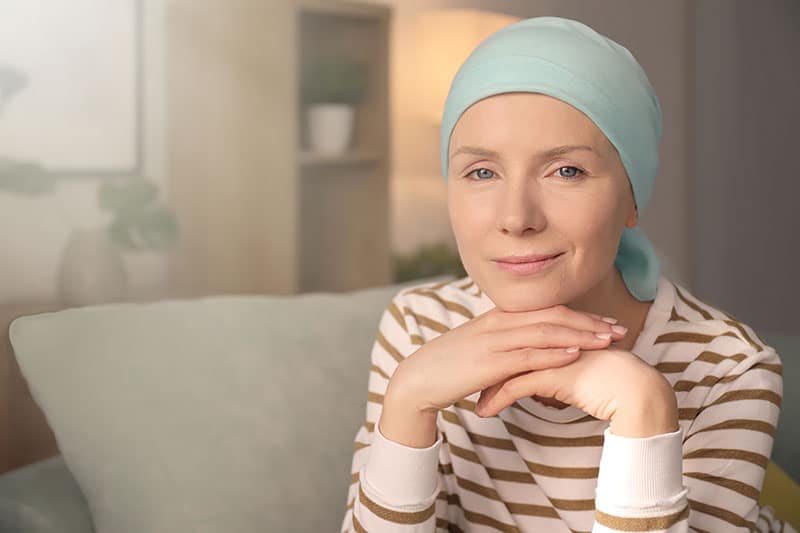 Rather than being one disease, cancer is the collective name given to any one of 100 different diseases that are caused by both external and genetic factors. In humans, our cells grow old and die. The body begins producing replacement cells. When cancer develops, abnormal cells, which include old and damaged cells, survive. Some of these cells begin dividing interminably and spread into surrounding tissues. They form what doctors call a tumor, which can hide in any of the body’s systems.

Without treatment, cancer is unlikely to go away on its own. While treatments can vary depending on the kind of cancer, many of the treatments are similar. They also can produce symptoms that are similar to, and in many cases, worse than, cancer itself.

Cannabis as a Cancer Treatment

Cannabis has several compounds known as cannabinoids. Two of these cannabinoids have received much attention as treatments for numerous ailments: tetrahydrocannabinol (THC) and cannabidiol (CBD). Cancer is no exception, and, while THC has been shown to inhibit tumor growth in certain kinds of cancer, CBD is not psychoactive and so scientists and medical professionals are looking to this beneficial cannabinoid to see how it may help to treat cancer.

While no trials have been conducted as of yet in humans, animal studies have shown CBD to be effective in the following:

Another study showed that CBD showed a chemopreventive effect in mice models of colorectal cancer. Further, in studies regarding in vitro colorectal cancer cells, it was discovered that CBD protected DNA from oxidative damage, increased endocannabinoid levels, and reduced cell proliferation.

With nausea that comes with both cancer itself and the various medicinal treatments for the condition, maintaining a healthy weight can be difficult for patients. While CBD alone has not been shown to increase appetite, whole plant or full spectrum CBD oil can work to increase appetite.

Pain is another symptom suffered by cancer patients, stemming from both cancer itself and the treatments offered for the condition. Cannabis has been used for its analgesic effects for centuries. One study has shown that CBD and other cannabinoids might be effective in the relief of cancer pain.

Anxiety and sleeplessness often accompany cancer. One study looked at the potential for CBD to be beneficial in promoting sleep and reducing anxiety. The study determined that, in patients given CBD, a majority experienced a lowering of anxiety levels and an increase in sleep.

CBD can be beneficial as a part of any cancer treatment. Of course, patients may want to be aware that CBD may cause certain side-effects. 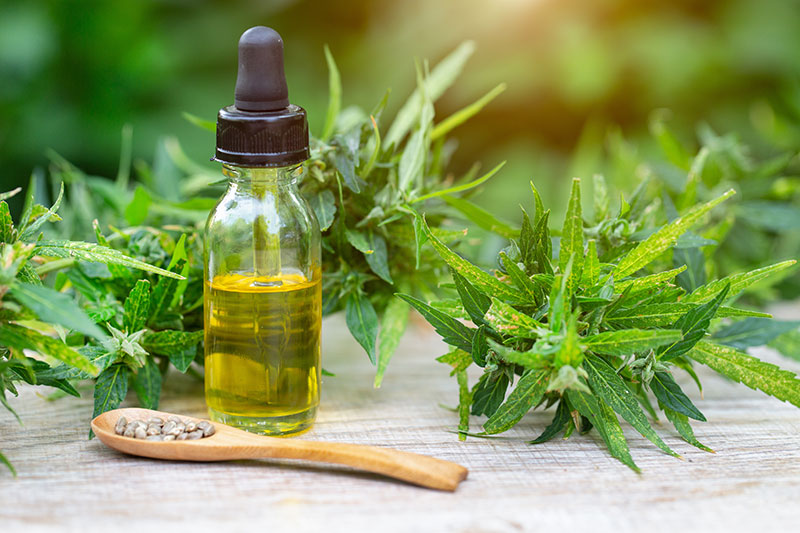 CBD does not affect the central nervous system in the same way that opiates for pain relief do. However, CBD may affect not only the brain but other tissues. In people who are sensitive to CBD, they may experience the following side-effects:

When it comes to formulating a daily regimen or dosage for CBD in the treatment of ailments like cancer, it is important to note that you shouldn’t be looking to cut corners on price. You should try to obtain the highest quality of CBD possible. Look for full-spectrum CBD oil in tinctures or gel capsules. Begin with a dosage of between 20mg – 40mg per day and increase the dose in 10mg increments until relief is felt.

Keep in mind that CBD consumed via this method may take up to 90 minutes for the full effects to be felt. This method is good for daily maintenance.
When it comes to managing acute flareups, look to a full-spectrum CBD isolate to vaporize. Isolate is up to 98% pure CBD, and relief can be felt quickly when vaping versus taking tinctures or edibles.

The medical benefits of the cannabinoid CBD need more scientific research. When it comes to the possible benefits to cancer patients, even the American Cancer Society admits the studies done so far point to possible benefit from cannabis for cancer patients. In the course of cancer treatment, be sure that you discuss all treatment possibilities, even treatment with cannabis, with your health care professional.

Can weed help asthma? There has been a lot of talk about using marijuana for...
Medical Marijuana for Lupus