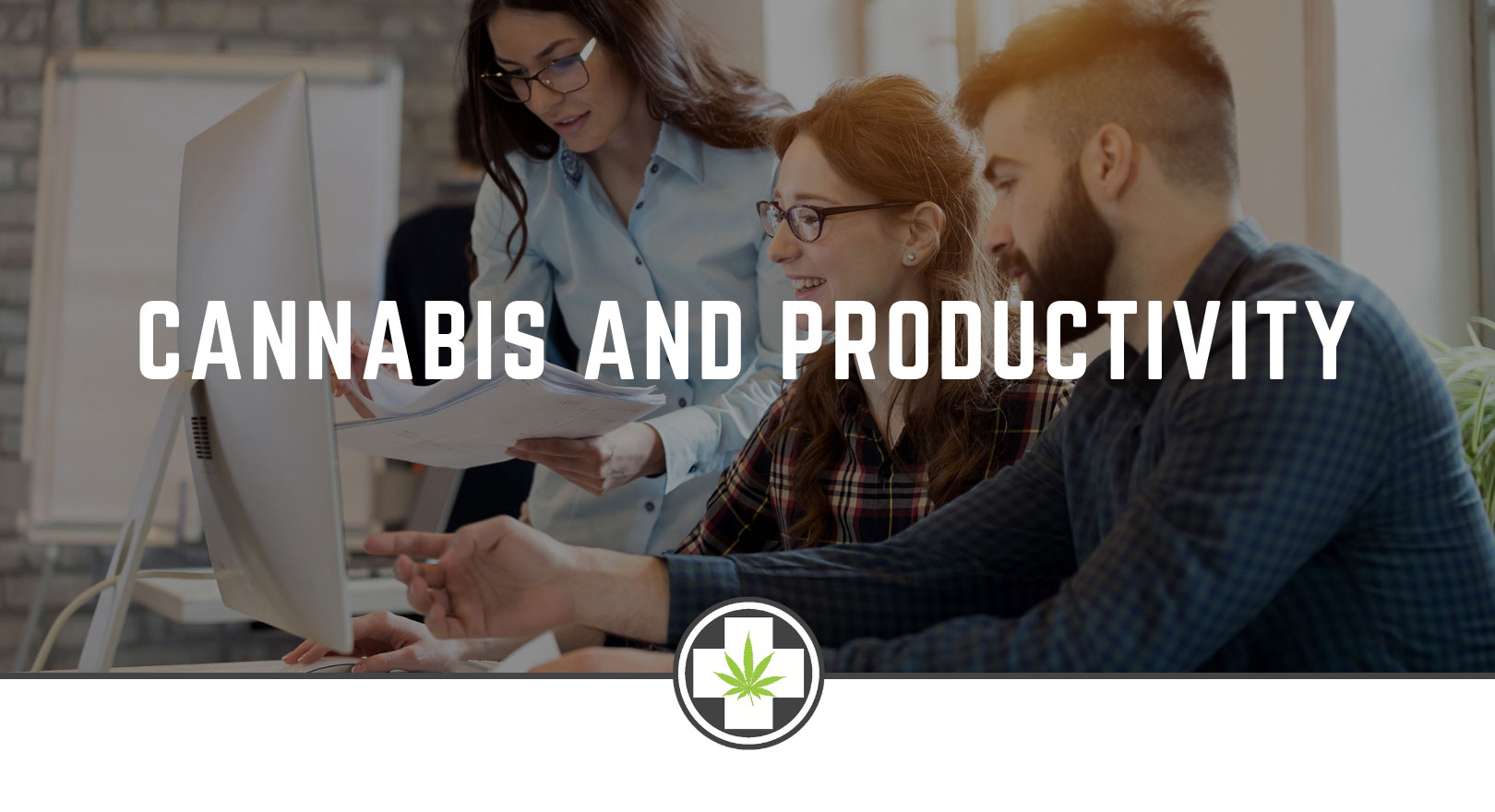 There’s a pervasive stereotype that people who smoke cannabis are lazy underachievers whose primary goal is to finish off that box of Twinkies and binge watch Netflix Thankfully, new information is being discovered that may just prove that generalization wrong.

An analysis conducted primarily in California and Colorado, where cannabis is legal, discovered the following:

Cannabis use might not only affect productivity when it comes to professional life, but it also may help increase productivity and creativity in a person’s social life as well. The same analysis discovered that 36% of cannabis users consider themselves to be very active socially. Compare this to 21% of those who might consider using and 28% of those who reject use completely.

Yet, science isn’t exactly sure how for some people, cannabis promotes a spark of activity and motivation, and for others, couch lock sets in and they don’t want to move. While it is true that strains could have a lot to do with this (more on this later), it could simply be the fact that cannabis offers pain relief as well as relief from anxiety and depression that might be a hindrance to others.

There is more than just survey evidence that cannabis can help with productivity. Jon, an editor at a popular magazine based in New York, says, “Getting stoned helps me to get really… in the zone.” For Jon, it promotes a laser-like focus that helps him to concentrate on what needs to be done.

After all, it works for musicians like Willie Nelson, Iggy Pop, and Snoop Dogg. They all are still actively writing and producing music on a daily basis while also having the reputation of using cannabis heavily. It could be that, as hinted at earlier, these artists and other professionals who use marijuana to get them through their day and accomplish certain tasks, know the right strain to choose to help them get the job done.

Sativa vs Indica vs Hybrids

Cannabis strains can be broken down into three main types: sativas, indicas, and hybrids.

Cannabis Strains to Boost Your Productivity

This sativa-dominant strain can help you stay on task from sunup to sundown. However, with this strain, a little can go a long way. Best to reserve Green Crack for your one-hitter or a bowl and take small hits throughout the day so you don’t overdo it.

Named for the cannabis activist whose “The Emperor Wears No Clothes” explains exactly why cannabis became illegal in the U.S., Jack Herer gives you energy and leaves you level-headed. It raises energy and might also give a bit of a creativity boost.

If pain and anxiety are keeping you from getting it done, Harlequin may just be the strain you need to try. High in CBD and well known for its medicinal qualities, Harlequin is great to use during the day when you don’t want to compromise energy levels, but need pain relief.

Don’t let the name fool you. Haze has been around since the 1960s and is not for its uplifting qualities. If you have a long to-do list, Haze might be the go-to strain for you. Soon after consumption, a creative and focused head-high takes over that will allow you to get things knocked out.

Experimentation to find the strain that will keep your gears grinding will help. Even if you only have information about the amounts of THC and CBD, that can be a good indicator of the effects. CBD relieves a host of symptoms without the “high” that comes with THC, but sometimes you need a little THC to get the effects you’re looking for.

Along with experimenting with strains, you will also probably need to experiment with the means of consumption. For some, a one-hitter will be enough, while others may prefer a dab to get things going. Some will also do better with edibles, which take longer to kick in, but last longer in general. A word of caution, however, about dabs and concentrates. These might not work well for the novice consumer, as these tend to be much stronger than just the herb alone.

The old image of a couch-locked stoner with little to no ambition or drive is quickly becoming as outdated as that old flip-phone. Today’s cannabis users are well aware that cannabis can have both invigorating and sedative qualities, depending on the strain. Choosing the right one can be the key to unlocking your potential.

Medical marijuana has been found to have many medical properties, especially since its mass legalization...
Types of Cannabis Strains: Know Your Strains – Sativa vs Indica vs Hybrid