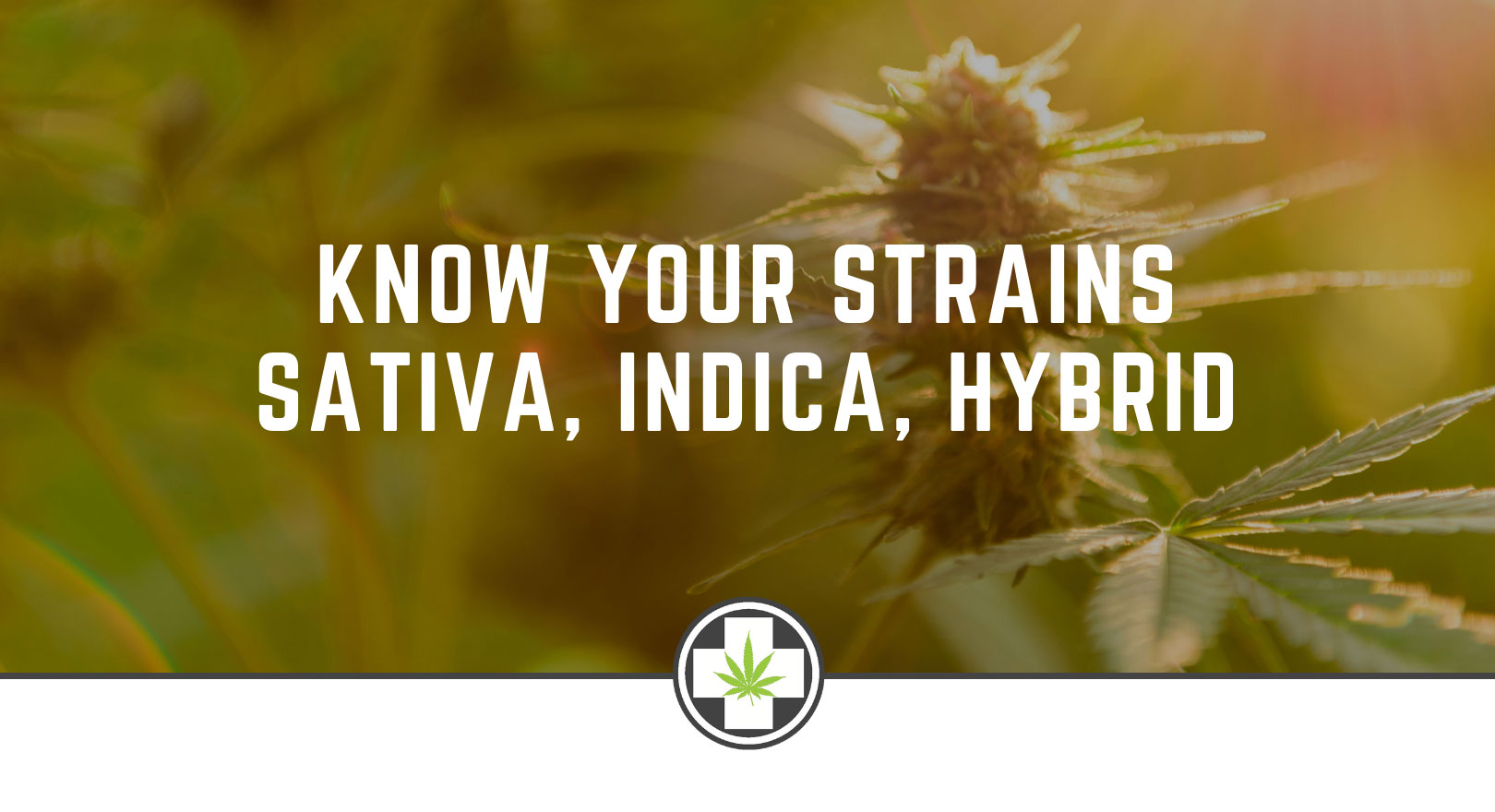 Types of Cannabis Strains: Sativa vs Indica vs Hybrid

For most cannabis consumers, the words sativa, indica, and hybrid are familiar terms. However, for someone making their first trip to a dispensary, seeing all the different strains can be a bit overwhelming. While these three strains are the broadest division of cannabis types, knowing exactly what they are can help you determine the strain that will work best for you.

To begin, know that the names of the major strains date back to the 18th century when a man named Linnaeus found a tall, skinny plant and gave it the name Cannabis Sativa. A few years later, a man named Lamarck proposed two different species of cannabis: Cannabis Sativa and Cannabis Indica.

The differences between the two plants at this time were visual and where the plants grew. Cannabis Sativa, which was grown largely on the western continents and Africa, grew tall and skinny. Cannabis Indica grew primarily in India and was shorter and bushier.

That’s basically it. The two different strains of cannabis were classified based on appearance and where they grew. However, while these two terms are still in the modern cannabis lexicon, it is unlikely that any plant today is completely a sativa or an indica.

According to Rob Clarke, a world-renown ethnobiologist, “All modern cannabis strains are hybrids.”

The primary reason that this is the case is that cannabis cultivation has been illegal in a majority of countries. Growers tended to keep the genetics of what plants they cultivated secret. Therefore, there is not really any degree of scientific legitimacy concerning specific species of cannabis plants.

Yet, still, the budtender at your local cannabis dispensary will still refer to the effects of cannabis as being divided into “sativa” and “indica” and “hybrid.” These terms are now used to describe both the looks and the effects of a particular kind of cannabis.

Here are the differences in effects between Sativas and Indicas:

Hybrids may lean to be Indica-dominant or Sativa-dominant. Today, most strains are technically hybrids as discussed before. Hybrids tend to have the best attributes of each parent strain, so the best thing to do is to ask the budtender about whether the hybrid is Indica- or Sativa-dominant.

However, keep in mind that just because a plant is a Sativa doesn’t mean it won’t give you a couch lock. An Indica won’t necessarily put you to sleep, either. To understand why we need to look at the chemistry of cannabis.

While there are several different kinds of cannabinoids, the two that every cannabis consumer should be familiar with are tetrahydrocannabinol (THC) and cannabidiol (CBD).

Knowing the proportions of these compounds in each strain will help you refine your choice of which ones to try to help you with your issue.

This kind of cannabis will deliver a potent, typically euphoric experience. Those using THC-dominant strains are typically treating pain, depression, anxiety, and insomnia. However, THC-dominant strains can lead to increased anxiety in some users. If you find this is the case, try switching to a CBD-dominant or a balanced strain.

Strains that are CBD-heavy are primarily used by people who need focus and clear-headed relief from symptoms. These strains tend to be low in THC, and therefore, not as potent when it comes to feeling a sense of euphoria.

These strains contain balanced levels of both CBD and THC. These tend to be a good choice for the beginner consumer or those seeking to an introductory experience to the euphoria without feeling overwhelmed by it.

If you’ve ever used aromatherapy to help you relax or focus, then you know the basics behind terpenes. Terpenes are aromatic compounds that are produced by plants and fruits. Terpenes are what can cause cannabis to smell like citrus, berries, pine, fuel, etc. Terpenes can also cause certain effects. Linalool, for example, is a terpene that causes relaxant effects. Pinene, by contrast, can give an alerting effect.

Once you realize that Sativa and Indica are generally just broad descriptors for cannabis, those terms become much less intimidating. The key to choosing the right strain is to work with your doctor and budtender to choose the best strains to start with, then experimenting with the THC and CBD quantities to see what works best for you.

Medical marijuana has been found to have many medical properties, especially since its mass legalization...
Marijuana Concentrates 101

Cannabis and Productivity
Scroll to top Schedule Now CALL US